This is the story about what happened when a Swede in Sweden posted a question on a message board
about a postcard believed to be Swedish but it was American. 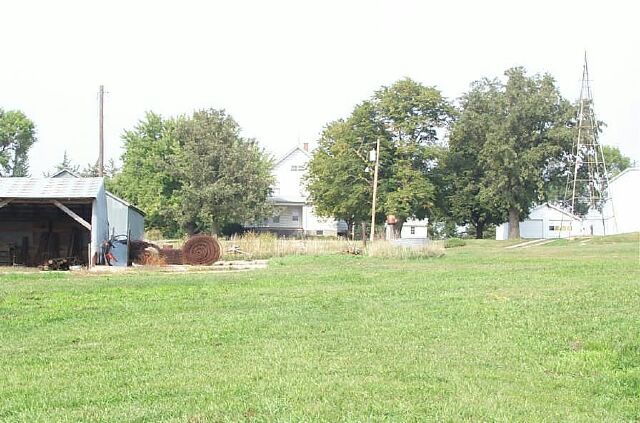 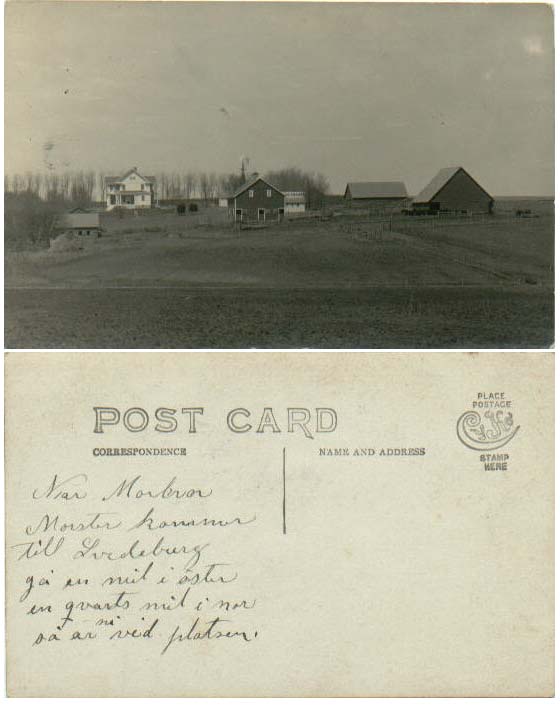 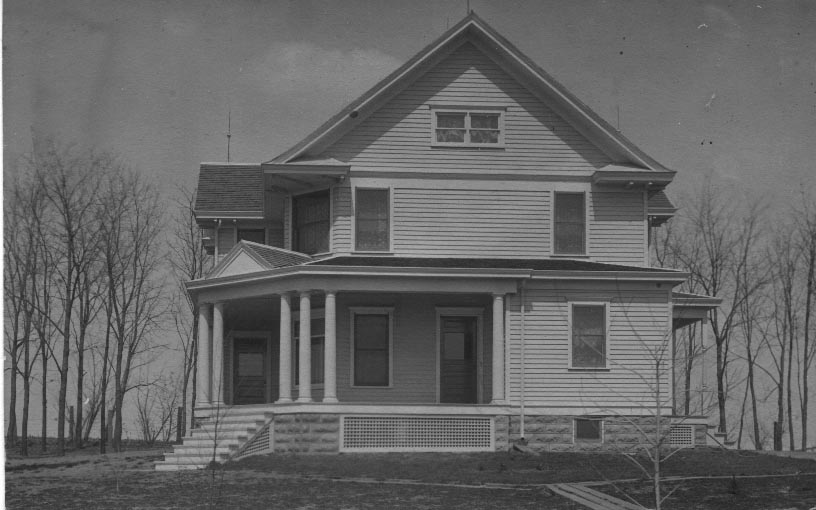 Here is an other old picture of the house. 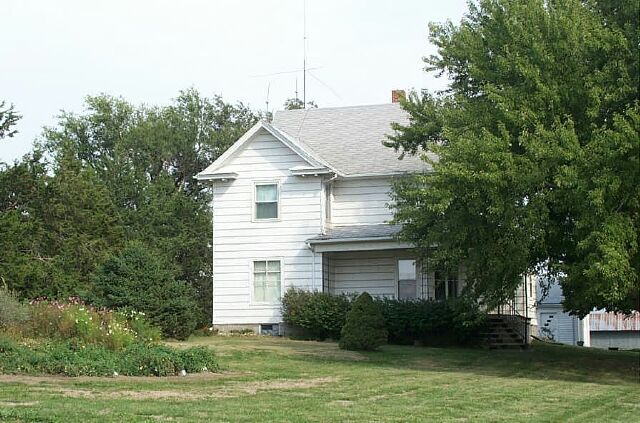 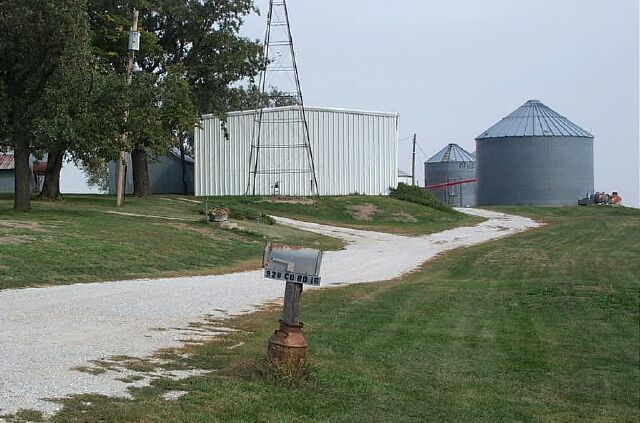 On our way to Lincoln today Mike and I took a little detour at Swedeburg.

We drove 1 mile east and 1/4 mile north of Swedeburg right up to the old "Bjorkman" farmhouse.
Today full grown tree's cover up the view of the two extending roof tops that are on the east and west side of the peak in the front of the house.
They are still there, you just can't see them in the front view photo's of the house I took today.

Will have to go back later on this fall after the leaves have fallen off the trees, for photo more like the postcard.
A little remodeling has been done to the house. The corner stairway on the west side of the house still exists and is being used, but the front door has been moved from where it was at the head of the stairs in the corner to a few feet down to the east part end of the porch.
The house, has been kept up beautifully. There are even a few lead windows still on it. Looks like all of the original outbuildings have been replaced.

The farm is now owned by Marlin Olson.